Joel McHale On Gay Rumors: 'I Take It As A Compliment' 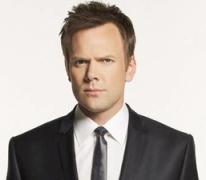 Joel McHale has been married to Sarah Williams for 17 years but the actor says he still faces speculation that he's gay.

"Oh, I still see that on Twitter every day. It's flattering," McHale 'The Advocate'.

"I always find it really weird when guys flip out over someone thinking they might be gay," he explains.

"If a guy gets offended by that, there's something's wrong with him. I take it as a compliment."

McHale jokes that he has crushes on Brian Williams, Kobe Bryant and Chaz Bono.

"Back when I had just moved to L.A., before I was on any show, I was meeting a friend at a bar connected to this restaurant we went to. When I got there, I was the only one in the bar."

"While I was messing with my phone, I didn't notice the whole bar fill up with men. Guys kept coming up, asking, 'What's going on, man?' I figured they'd seen the commercials I was in."

"Then I realized that these men were coming on to me because I was alone in a gay bar."

McHale and Williams have two sons together.