Joe Jonas and 'Game of Throne's Sophie Turner Are Engaged 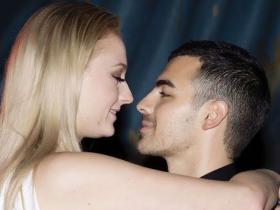 Joe Jonas and Sophie Turner have announced they are engaged.

The couple made the announcement on social media showing off the pear-shaped diamond engagement ring.

Joe Jonas, 28, and 21-year-old girlfriend Sophie Turner, an actress on 'Game of Thrones', have been dating since 2016.

Joe will become the second Jonas brother to tie the knot. Kevin Jonas has been married to wife Danielle Jonas since 2009 and already has two daughters.

), who previously dated Joe, left a comment for him, writing: "Huge congrats! So happy for the both of you!"