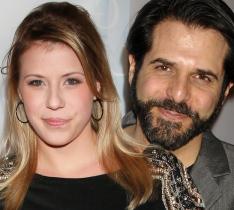 The 'Fuller House' star filed an income declaration to the Superior Court of Los Angeles after Coyle requested that Sweetin be forced to pay more.

The former couple, who share 7-year-old daughter Beatrix, split after a year of marriage.

She lists her monthly expenses at just over $15,000 a month.

A hearing on the matter has been set for December 15.