Joaquin Phoenix Passed On Marvel Because Not Enough Character In Blockbusters 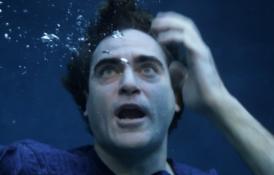 Joaquin Phoenix was heavily courted by Marvel for 'Doctor Strange' and, according to source close to the negotiations, was in final talks before he turned down the movie.

Now in an interview with Time Out London, Phoenix says he passes on the opportunity to star in blockbusters because they focus more on special effects than character.

"When I was younger I was probably a bit of a snob about it," he says of taking on big budget movies. "But they've gotten better."

"I've flirted with several of those films, having meetings and getting close, but ultimately it never felt like they'd really be fulfilling. There were too many requirements that went against my instincts for character."

"I've been spoiled," he admits. "I've never had to make those compromises."

"I've not met a director yet with one of those films where we go through the script, they say: 'You know what, f--k this set-piece, let's focus on the character!' I understand, but it's best I don't do it."

That doesn't mean he doesn't enjoy watching them.

"I enjoy watching those movies," he says. "I just don't know if I want to have the experience of being in them. I've read some of those scripts and 75 percent is a description of some asteroid going through space."