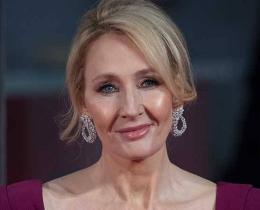 JK Rowling was ready to help after prolific writer Stephen King revealed he had been blocked by President Donald Trump on Twitter.

King has frequently spoken out against Trump and his rants and did so again following Ivanka Trump's interview on Fox News this week after she spoke about the "viciousness" of the media.

"If Ivanka Trump had grown up in farm country, like some of us, she'd know her father is reaping exactly what he sowed," he said.

His post upset Trump supporters and King later discovered he had been blocked by the 45th President of the United States.

"I may have to kill myself," he joked.

But Harry Potter author JK Rowling, who has also railed against Trump since he began his campaign, responded: "I still have access. I'll DM them to you."

Rowling hasn't been afraid to let her thoughts on Trump known. In February, she responded to a fan who supposedly burned all his Harry Potter books because of her criticism of the President.

"Guess it's true what they say," she said. "You can lead a girl to books about the rise and fall of an autocrat, but you still can't make her think."