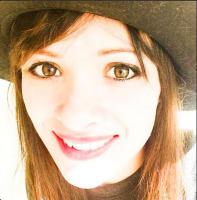 Jim Carrey is responding to the wrongful death lawsuit filed against him in the death of former girlfriend Cathriona White.

The husband of Carrey's late girlfriend, Mark Burton, claims the comedian illegally obtained prescription drugs for Cathriona White, which contributed to her death.

According to the lawsuit, Carrey used the "bogus name" Arthur King to obtain the drugs. He claims Carrey gave her the drugs "despite the fact that he knew full well that Ms. White was ill equipped to ingest and manage highly addictive prescription drugs outside the care of a licensed physician; was prone to depression; and had previously attempted to take her own life."

White committed suicide last September, days after Jim Carrey broke up with her.

Burton goes on to claim the actor "took steps to conceal and obfuscate his involvement and culpability in Ms. White's untimely and tragic death."

He explains Carrey tried to "cover-up his conduct and complicity in her death" by sending a "bogus text message on September 27, 2015 to White (who was already deceased) pretending as though he had misplaced the drugs and insinuating White may have taken them from Carrey without his knowledge."

"It would be easy for me to get in a back room with this man's lawyer and make this go away, but there are some moments in life when you have to stand up and defend your honor against the evil in this world," he says.

"I will not tolerate this heartless attempt to exploit me or the woman I loved. Cat's troubles were born long before I met her and sadly her tragic end was beyond anyone's control."

"I really hope that some day soon people will stop trying to profit from this and let her rest in peace."

Burton's lawyer says they plan to contact the Los Angeles DA to open an investigation into "Mr. Carrey's role in the death of Ms. White."