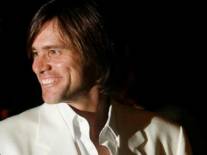 Jim Carrey is fighting to get the wrongful death lawsuit against him by his late girlfriend Cathriona White's mother dismissed.

Carrey's lawyer has filed to dismiss all claims made by Sweetman, claiming the lawsuit is a "shameful shakedown for money" and she is attempting to "profit from the suicide-death of her long-estranged daughter."

"Sweetman's baseless complaint against Carrey is replete with false allegations and has served to compound the devastation Carrey has experienced. Although Sweetman was White's biological mother, she was estranged from White for many years and had no relationship with White at the time of White's suicide; in that regard, she will never be able to establish damages in this action," reads the statement.

"The false, irrelevant and improper allegations were inserted for the sole purpose of harassing, embarrassing and humiliating Carrey in an effort to shame him into an unmerited settlement and should be stricken in their entirety."

The lawyer adds that Carrey didn't provide White with the drugs, instead she "sought out and stole" the prescriptions without his knowledge.

It's the second wrongful death lawsuit Carrey is facing. The first was filed by the husband of his late girlfriend.