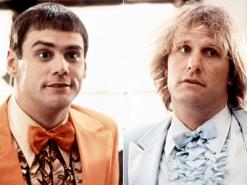 The actor called Brown a "corporate fascist" after he signed into law one a vaccine bill that would make it one of the strictest immunization programs in the country.

"California Gov says yes to poisoning more children with mercury and aluminum in manditory vaccines. This corporate fascist must be stopped," said Carrey on Twitter, with the spelling errors.

"They say mercury in fish is dangerous but forcing all of our children to be injected with mercury in thimerosol is no risk. Make sense?"

Fans will recall Carrey was in a long-term relationship with Jenny McCarthy, who believes her son's autism was caused by vaccines.

"I am not anti-vaccine. I am anti-thimerosal, anti-mercury," he explained. "They have taken some of the mercury laden thimerosal out of vaccines. NOT ALL!"

"The CDC can't solve a problem they helped start. It's too risky to admit they have been wrong about mercury/thimerasol. They are corrupt."

"I am PRO-VACCINE/ANTI-NEUROTOXIN, Get that straight."