Jesse James Checks Himself Into Rehab 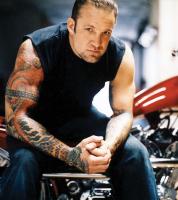 "Jesse checked himself into a treatment facility to deal with personal issues," his publicist says in a statement. "He realized that this time was crucial to help himself, help his family and help save his marriage."

The representative did not specify the type of treatment facility James has checked into. However, our best guess would be it is for help with 'sex addiction' -- which now appears to be as rampant as the common cold.

So far, four women have come forward to claim affairs with James since the scandal broke to weeks ago.

Sandra Bullock moved out of the family home soon after the reports surfaced. Since she has not officially filed for divorce, James may be holding on to hope that rehab can salvage not only his marriage but rehabilitate his damaged reputation.

Before seeking treatment, James stuck to much of his regular routine, continued work, and even drove his three kids off at school.