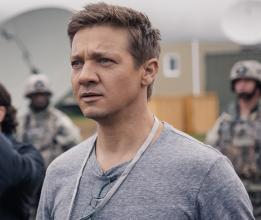 Renner, who has co-starred in the 'Ghost Protocol' and 'Rogue Nation' as a member of the Mission: Impossible team, will instead be saving the world as Hawkeye in the Marvel universe.

Along with reprising the character in 'Avengers: Infinity War', according to THR, Renner will also reportedly have a role in 'Ant-Man and The Wasp'.

It's possible Renner's absence was the reason for the Henry Cavil casting earlier this month. Speculation is that he will fill the void as a part of Tom Cruise's team.

There was a time when Renner was being groomed to take over from Cruise as the star of the 'Mission: Impossible' franchise, just like with Matt Damon in the 'Bourne' series and his turn in 'The Bourne Legacy'.

However, with 'Mission: Impossible's recent box office resurgence that is no longer likely to happen. Meanwhile, Damon returned as the lead of the 'Bourne' series in 2016's 'Jason Bourne'.