'Jeopardy's "What Women Want" Category Slammed For Being Sexist 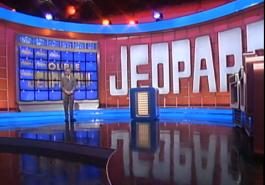 Female 'Jeopardy' viewers are upset after the game show featured a category called "What Women Want" with clues like "some help around the house."

The category featured clues as "Some help around the house; would it kill you to get out the Bissell bagless canister one of these every once in a while?" The answer was a vacuum cleaner.

While other things women supposedly want, according to the game show category, were a pair of jeans that fit well, crossword puzzles, tea and Pilates.

) and 'The View' co-host Rosie O'Donnell were among the ladies to bash the category for pushing outdated gender stereotypes.

"For a 'smart' show, you just got seriously stupid," said Bush on Twitter.