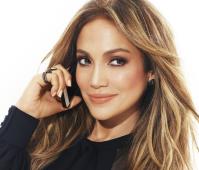 ) may be friendly with her exes but hopefully they'll never end up in the middle of the ocean with her.

"You're on a raft in the middle of the ocean," show host Big Boy on LA's Power 106 posed to Lopez.

"Oh, that would give me so much anxiety," interrupted Lopez, 44.

"Oh, this about to give you more anxiety," teased the host. "You look in the ocean, you see two people floating."

"You can only pull up one, because that's how much room you have on the raft. You look in the ocean, you see Ben Affleck and you see Diddy."

Lopez started laughing when she heard Affleck's name and that grew louder with the mention of Diddy.

"I'd let both those motherf---ers drown!," she yelled.

The singer then began dating long-time friend Marc Anthony, who she wed that June.