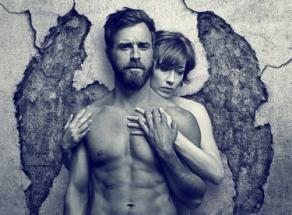 ) was a big fan of his hit HBO series.

The Leftovers wraps up its three-season story on its series finale this Sunday and, while Theroux didn't reveal any details, he said he was "enormously" happy with the ending.

"It's one of those awkward things where we're not allowed to talk about what's going on," Theroux explained.

"But I can say that I was very happy with the way the show ended, enormously."