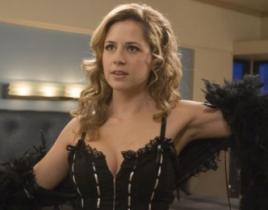 Jenna Fischer will be replaced as the female lead on upcoming CBS comedy series 'Man With a Plan' with Matt LeBlanc.

Wrap reports that CBS is replacing the former 'Office' star due to lack of chemistry between the pair.

"She is a phenomenal actress. It just wasn't the right actress for the right role, ultimately, when we saw the pilot."

"We think we can do better in terms of the chemistry between the two of them," he admits.

CBS previewed the show on Wednesday with Jenna Fischer, since it's the only footage they had. However, the pilot will be reshot before it airs once the role is recast.