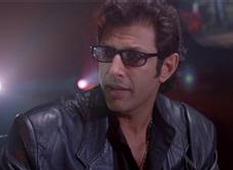 Jeff Goldblum has signed on to reprise his 'Jurassic Park' character in the upcoming 'Jurassic World' sequel.

Goldblum will return as Dr. Ian Malcolm, a mathematician at the University of Texas at Austin who specializes in chaos theory who appeared in 'Jurassic Park', 'The Lost World'.