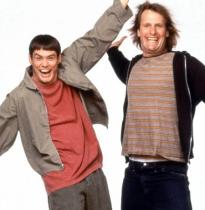 Filming on the sequel to 1994 hit comedy 'Dumb and Dumber' has begun.

'The Newsroom' star Jeff Daniels shared a photo from the set to prove he's traded in his suit and tie to reprise his role as Harry Dunne with Jim Carrey's Lloyd Christmas.

"We're back!!!," he wrote on Twitter alongside the photo of the two back in character as the good hearted but incredibly stupid best friends.

The actor won a Best Actor Emmy for his work in The Newsroom at the 65th Annual Primetime Emmy Awards on Sunday.

"We're going to party 'til dawn and then I'm going to get on a plane and go to Atlanta and start shooting Dumb and Dumber To," he told reporters backstage. "The intellectual free-fall from Will MacAvoy to Harry Dunn, imagine if you will."

The sequel finds Harry and Lloyd on another road trip to find a child Harry never knew he had.

"We're middle-aged and still that stupid," Daniels said after reading he script in June. "Our IQ has not gone up one point combined. So it's a frightening thing."

"You're gonna see the two of us standing there trying to put thoughts together and you want to put underneath, 'Kids don't do this at home.' It's that stupid."

He has called the script for the film, which is scheduled to hit theaters in late 2014, "painfully funny." 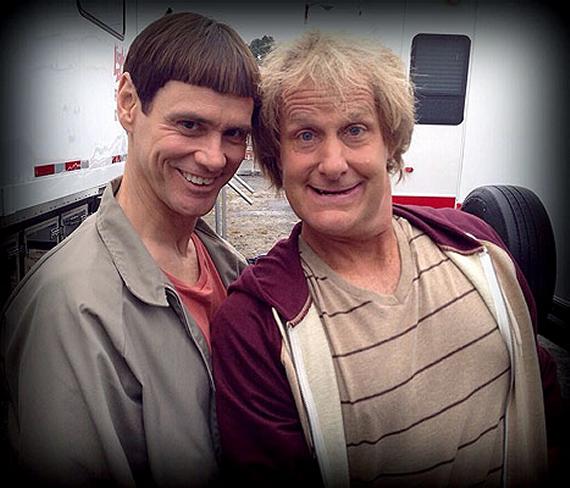