Jason Bateman On Being Obsessed With Getting Nine Hours Of Sleep 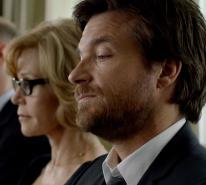 Jason Bateman tells Jimmy Kimmel about his obsession with getting nine hours of sleep ever since he realized he can no longer get it because of his kids.

"When I had those two little kids. Everyday is Monday morning to them," he explains. "Everyday they wake up it's like it's time to go to the assembly line. It's time to wake up."

"No, it's Saturday. You can sleep to like ten in the morning today. They don't care. It's go time."

Kimmel tells him that there was a time you could just put kids in front of the television but now people frown upon that.

Asked for some of his recommendations, Bateman quips: "I'm not... I need to be paid for endorsements. You're laughing like you guys got a bank full of it!"