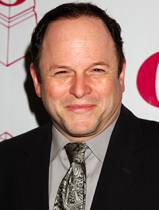 Jason Alexander is apologizing for calling cricket a "gay game" during an appearance on 'The Late Late Show' with Craig Ferguson.

"You know how I know it's kind of really a gay game?," the 'Seinfeld' alum said last week. "It's the pitch. It's not like a manly baseball pitch. It's a queer British gay pitch."

But Alexander says, following his appearance, he was inundated with messages from people that found his remarks offensive.

"I truly did not understand why a gay person would be particularly offended by this routine," he says. "I asked a few of my gay friends about it. And at first, even they couldn't quite find the offense in the bit."

"But as we explored it, we began to realize what was implied under the humor. I was basing my use of the word 'gay' on the silly generalization that real men don't do gentile, refined things and that my portrayal of the cricket pitch was pointedly effeminate, thereby suggesting that effeminate and gay were synonymous."

"But what we really got down to is quite serious. It is not that we can't laugh at and with each other. It is not a question of oversensitivity. The problem is that today, as I write this, young men and women whose behaviors, choices or attitudes are not deemed 'man enough' or 'normal' are being subjected to all kinds of abuse from verbal to physical to societal."

"They are being demeaned and threatened because they don't fit the group's idea of what a 'real man' or a 'real woman' are supposed to look like, act like and feel like."

"For these people, my building a joke upon the premise I did added to the pejorative stereotype that they are forced to deal with everyday. It is at the very heart of this whole ugly world of bullying that has been getting rightful and overdue attention in the media. And with my well-intentioned comedy bit, I played right into those hurtful assumptions and diminishments."

"And the worst part is – I should know better. My daily life is filled with gay men and women, both socially and professionally. I am profoundly aware of the challenges these friends of mine face and I have openly advocated on their behalf."

"So, I would like to say – I now get it. And to the extent that these jokes made anyone feel even more isolated or misunderstood or just plain hurt – please know that was not my intention, at all or ever. I hope we will someday live in a society where we are so accepting of each other that we can all laugh at jokes like these and know that there is no malice or diminishment intended.

"But we are not there yet. So, I can only apologize and I do. In comedy, timing is everything. And when a group of people are still fighting so hard for understanding, acceptance, dignity and essential rights – the time for some kinds of laughs has not yet come. I hope my realization brings some comfort."