James Spader To Play Villain In 'Avengers: Age of Ultron' 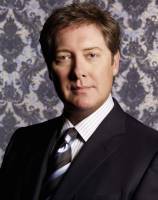 James Spader has been cast as Ultron in Joss Whedon's follow-up to superhero box office hit 'The Avengers'.

"James Spader will face off against Earth's Mightiest Heroes as the villain in Marvel's 'Avengers: Age of Ultron'," Marvel announces in a statement.

"The Emmy Award-winning actor will play Ultron in the Avengers' much anticipated return to the big screen."

The 53-year-old actor earned three Emmy Awards for his role as Alan Shore on 'Boston Legal' and 'The Practice'. He returns to television this fall in the NBC series 'The Blacklist'.

Marvel has not dropped hints on how Ultron will be brought to life in the film.

"We're doing our own version of the origin story of Ultron," Whedon said about the villain at Comic-Con. "He's the chief villain when I read the book. He's been the Avengers villain for so long, I was amazed anyone was surprised it would be him in the movie."

A casting note confirmed that the evil robot will be a creation of Tony Star/Iron Man and not Ant Man's alter ego, Hank Pym.

"We're basically taking the things from the comics for the movies that we need and can use. A lot of stuff has to fall by the wayside," he said.

The first 'Avengers' went on to earn $1.5 billion worldwide, making it the third-largest grossing movie of all time.