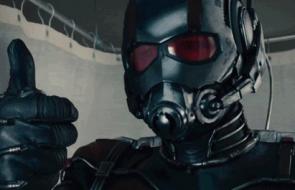 'Guardians of the Galaxy' director James Gunn is raving about 'Ant-Man'.

After watching the latest Marvel movie, which is scheduled to be released nationwide on July 17, at its Los Angeles premiere this week Gunn puts it up against his favorite film from the studio.

"Ant-Man may just be my favorite Marvel film since Jon Favreau's Iron Man," Gunn expresses on Facebook. "Honestly, the movie is a complete blast! I was so happy after seeing it."

"It's never boring for a second and it's hilarious and warm throughout. It doesn't get caught up in the webbing of its own science-fiction concept like so many movies do these days, remaining simple and elegant. It's a part of the Marvel universe without being ruled by that fact."

"Paul Rudd is nuanced and charming and funny and is a surprisingly natural fit as a modern superhero. Michael Pena KILLS IT - this movie is going to make him a huge star."

"My old pal Judy Greer is great in a small role and Michael Douglas is awesome. I think all of Peyton Reed's years directing have led him to making something as deft and nimble and joyous as this; he did an incredible job."

He also comments on Edgar Wright's departure from the project, saying "his spirit is felt through the entire project, and there is no doubt everyone owes him a huge debt of gratitude."

Gunn also reveals "Paul (Rudd) must be a nice guy, because he and I dated the same girl in college, and yet I still love him."