Jada Pinkett Smith Says Leah Remini Wrong: 'I Am Not a Scientologist' 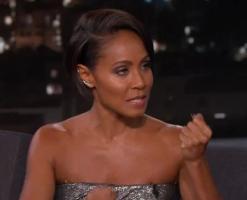 Days after Leah Remini said that Jada Pinkett Smith was a member of the Church of Scientology, the actress took to social media to deny the claim.

But rather than say outright that she wasn't a Scientologist, Pinkett rattled off other world religions perhaps in a bid to not antagonize the Church.

"I practice human kindness, and I believe that we each have the right to determine what we are and what we are not. NO ONE ELSE can hold that power."

This after Remini claimed in an interview that she spotted Smith at the church's Celebrity Centre in Los Angeles multiple times.