We reported in October of last year that Robert Downey Jr. was cast to star In 'Iron Man'. And now, we've got your first look at the cybernetic suit.

Now shooting for the movie has begun with Robert Downey Jr. in his first super-hero role as the man behind the mask and Gwyneth Paltrow (photos

Downey will play Tony Stark, a playboy industrialist who decides to don high-tech armor to fight baddies after suffering a life-threatening heart injury in war-torn Afghanistan.

"Robert was very bullish on wearing the suit whenever possible," says Favreau of his Downey, who bulked up for the role. "Now I don't know if he's such a fan of that idea," referring to the restrictive, sweaty costume. 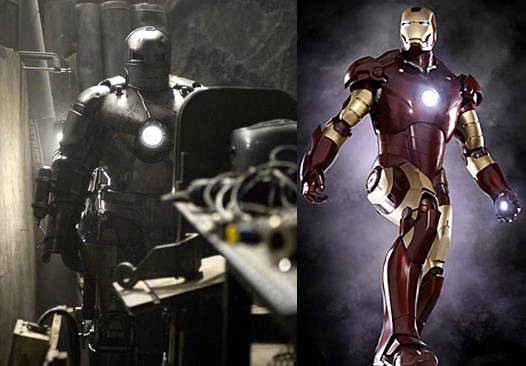