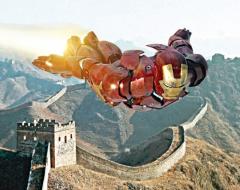 'Iron Man 3' director Shane Black has revealed that the film's story was altered because Disney/Marvel didn't want a female villain.

The reason? The studio discovered that a companion action figure wouldn't sell as well as a male counterpart. So they nixed the idea of a female baddie. In fact, they even cut down the other female roles.

"We replaced a lot of things," Black tells Uproxx. "The plot went this way and that way."

"All I'll say is this, on the record: There was an early draft of Iron Man 3 where we had an inkling of a problem. Which is that we had a female character who was the villain in the draft," he explains.

"We had finished the script and we were given a no-holds-barred memo saying that cannot stand and we've changed our minds because, after consulting, we've decided that toy won't sell as well if it's a female."

"In the earlier draft, the woman was essentially Killian – and they didn't want a female Killian, they wanted a male Killian. I liked the idea, like Remington Steele, you think it's the man but at the end, the woman has been running the whole show. They just said, 'no way.'"

Asked whose decision it was, Black points to "Marvel corporate" in "New York."

"I don't know who it was," he says. "They never told me who made the decision, we just got that memo one day and it was about toy sales. That's all I know."

Marvel fans will remember that Black Widow was even left out of a play set from 'Avengers: Age of Ultron' that featured all the other major players.

The female led 'Captain Marvel', which was originally scheduled for 2015, has also been already bumped twice to 2019 in favor of male centric releases.