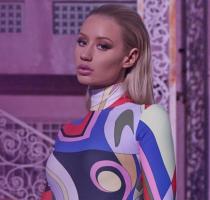 Iggy Azalea is setting the record straight about her split from fiance Nick Young.

The Australian rapper called it quits with NBA star Nick Young earlier this month, saying she just couldn't bring herself to trust him after the cheating scandal.

However, Azalea has now revealed that she broke up with him because she caught him cheating again thanks to her home security cameras.

"I broke up with Nick because I found out he had brought other women into our home while I was away and caught them on the security footage," she tells fans on social media.

"This is just like a second shot to the chest," she added. "I feel like I don't even know who the hell it is I've been loving all this time."

"People in this world really are f—ked up."

Considering Azalea had threatened to cut off Young's penis if she caught him cheating on her, you have to think he was lucky to end it in one piece.