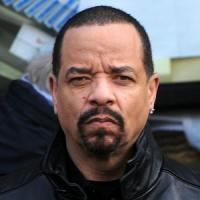 In the midst of gun reform talks due the theatre shootings in Aurora, Colorado, 'Law & Order: SVU' star, Ice-T, is defending his right to own a gun.

"I'll give up my gun when everybody else does," he told Channel 4 London News. "It's legal in the United States. The right to bear arms is because that is the last form of defense against tyranny, not to hunt. It's to protect yourself from the police."

While many are blaming lax gun control laws for the shooting, Ice-T doesn't think outlawing guns would have prevented the incident.

"If somebody wants to kill people, they don't need a gun to do it," he explained. "You can strap explosives on your body. They do that all the time."

Ice-T is not the only celebrity weighing in on the debate. Jason Alexander faced backlash from a handful of fans for taking the opposite stance and advocating for tighter gun control earlier this week.

"Despite these massacres recurring and despite the 100,000 Americans that die every year due to domestic gun violence-these people see no value to even considering some kind of control as to what kinds of weapons are put in civilian hands," he said.

"They are not the same as hunting rifles or sporting rifles. These weapons are designed for harm and death on big scales."