Hugh Jackman Thinks Tom Hardy Should Take Over For Wolverine 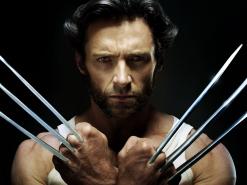 Hugh Jackman thinks Tom Hardy would be the perfect actor to take over for Wolverine.

Jackman has said that the third 'Wolverine' will be the last time he puts the claws on to play the 'X-Men' superhero.

The Australian actor was asked the question about his replacement during an interview to promote 'Pan'.

"I haven't really given it a lot of thought," he told MTV. "I've been asked that question a lot, and I'm always like, 'I don't wanna make it too easy on the studio to replace me,' you know?"

"I've still got one more to do. I'm sure they're already talking about it, and there's some actor they've told 'Shh, keep it quiet but we want you next.'"

Jackman finally landed on Tom Hardy: "He's younger than me for sure. I think Tom Hardy would be a great Wolverine."

Interestingly, Hardy is also a frontrunner to take over from Daniel Craig as James Bond, at least according to UK oddsmakers.