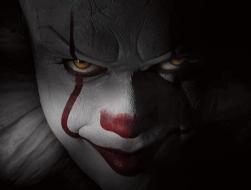 Warner Bros. and New Line Cinema have announced that the 'It' movie sequel will hit theaters on September 6, 2019.

The movie, based off the Stephen King novel, has already passed 'The Exorcist' to become the highest-grossing horror film of all time.

The sequel will see Bill Skarsgard return as Pennywise the Dancing Clown.

The actor spoke about how he came up with the demonic smile in a recent appearance with Conan, saying he had been doing it since he was 10.