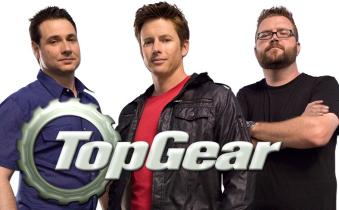 The network has announced that Tuesday's episode will now serve as the series finale.

Co-host Rutledge Wood announced the news on Monday, writing: "I'm very sad to say, but Tuesday night's Top Gear on History is the last Top Gear US that we have shot for you. I'm not saying Top Gear USA is done, but it's done for the immediate future on History."

"It's been an amazing ride for sure, and although I don't think the show is done, it appears that it's done with our friends at History, and we're incredibly grateful for being a part of the A&E Networks family."

For its part, History issued a brief statement: "We’d like to thank the entire Top Gear team for five great seasons on History, however we have decided not to order additional seasons for the network."

'Top Gear USA' was ordered by Discovery before it found a home on History.