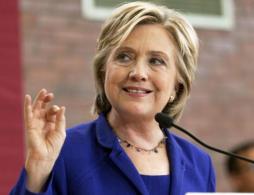 Clinton is hoping an appearance on the long-running comedy program will shift attention away from the email scandal and miscues that have plagued her in the polls with voters.

Clinton is expected to pop in to join Kate McKinnon, who has portrayed the former first lady, as part of the show's cold open skit.

NBC and Clinton's campaign was hoping to keep the appearance a surprise since the Democratic candidate will have to skip an event by the influential Human Rights Campaign,a lesbian and gay rights group, for the exposure.

It's always possible Clinton's schedule will change at the last minute. However, for now, she seems to be making the SNL appearance a priority.