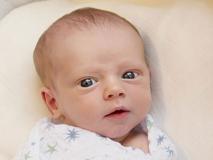 ) says she secretly kept her son's umbilical cord stump without telling her husband.

"You know what was a big milestone?," Duff tells 'People' magazine. "The belly button falling off."

"That was a huge one. And then I wanted to keep it but my husband was like, 'No, that's gross, you can't keep it!' I'm like, 'I'm totally keeping it,' and I secretly kept it."

"But now it's not a secret anymore," she laughs. "It's in a Ziploc bag in the back of my makeup drawer. Luca's going to think I'm a freak!"

"It's such a wonderful bonding time," she explains. "Just to have your baby thrive and knowing that you're doing that and you're responsible — it's such a rewarding feeling."