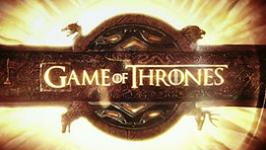 This second dump includes scripts from five 'Game of Thrones' episodes, including an upcoming episode, and e-mails between top HBO executives.

HBO, which has acknowledged the hack of "proprietary information," said it's working with authorities. However, while the group insists it has a lot more, it claims not all of the emails on its system were stolen.

In a video with text on a black background directed to HBO CEO Richard Plepler, the hackers threaten further dumps if HBO doesn't pay their "6 month salary in bitcoin," which they claim is $6 million.