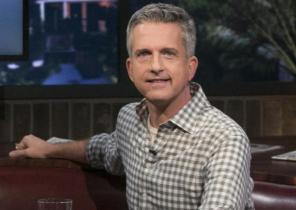 HBO has cancelled Bill Simmons' sports talk show 'Any Given Wednesday' after just over four months on the air.

Simmons was signed to a three-year deal reported to be in the $20-million range to develop content for the cable network. However, the talk show never found an audience.

"One of the many reasons I joined HBO was to see if we could create a show built around smart conversations for sports fans and pop culture junkies," Simmons said in a statement. "We loved making that show, but unfortunately it never resonated with audiences like we hoped. And that's on me."

"But I love being a part of HBO's family and look forward to innovating with them on other ambitious programming ideas over these next several years - both for the network and for digital."

"With that said, I want to thank the dedicated staff that worked so diligently with me behind the scenes to make this show every week - we hired so many great and talented people and I loved having them in my life. It's difficult for me to imagine not working with them anymore."

The last taped episode of Simmons' talk show will air this Wednesday, on November 9.