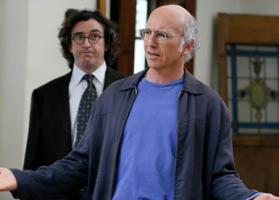 Season nine of the Larry David comedy will premiere on Sunday, October 1 -- six years after it last aired.

David will return with 10 new episodes along with co-stars JB Smoove, Jeff Garlin and Susie Essma.

'Curb Your Enthusiasm' has been nominated for a Best Comedy Series at the Emmys seven times. It's never taken the prize but perhaps its return after a six year absence will remind voters how much they've missed it.

In its teaser, HBO jokes: "He Left. He Did Nothing. He Returned."

Along with impersonating Sen. Bernie Sanders on 'Saturday Night Live', David most recently starred on his hit Broadway play 'Fish in the Dark'.