) lounging in a bikini have revealed that the permanent tattoo on her back is misspelled.

The 19-year-old 'Heroes' actress' tattoo reads 'vivere senza rimipianti', however, the last word has one too many i's and should instead simply be 'rimpianti'.

The additional letter doesn't turn it into a different, and perhaps offensive word. But what makes it ironic is that the tattoo, written in Italian, is supposed to mean "live without regrets."

It's the second Tattoo for Panettiere, who also has a small Leo symbol tattooed on her left ankle. 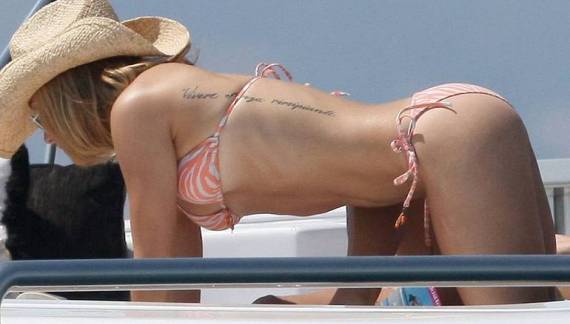