Harvey Weinstein Accused Of 30 Years of Sexual Misconduct By Women 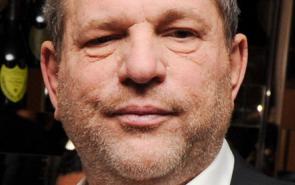 One of the women who came forward was actress Ashley Judd. She claims she was asked to meet Weinstein for a breakfast meeting at the Peninsula Beverly Hills Hotel roughly 20 years ago.

She said the meeting turned into him inviting her up to his hotel room and asking her to give her a massage and watch him shower.

"How do I get out of the room as fast as possible without alienating Harvey Weinstein?," Judd told the Times recalling the incident. "I said no, a lot of ways, a lot of times, and he always came back at me with some new ask. It was all this bargaining, this coercive bargaining."

The paper also reports that Weinstein also had an undisclosed settlement with Rose McGowan in 1997.

The then 23-year-old actress received a $100,000 settlement after she was similarly invited to Weinstein's hotel room. The legal documents said the payoff was "not to be construed as an admission" by but intended to "avoid litigation and buy peace."

After the revelations became public, Harvey Weinstein announced he was taking a leave of absence from The Weinstein Company film studio. However, rather than take responsibility in his statement he blamed the "culture."

"I came of age in the 60's and 70's, when all the rules about behavior and workplaces were different. That was the culture then," he wrote. "I have since learned it's not an excuse, in the office — or out of it."

"To anyone. I realized some time ago that I needed to be a better person and my interactions with the people I work with have changed."

"I appreciate the way I've behaved with colleagues in the past has caused a lot of pain, and I sincerely apologize for it. Though I'm trying to do better, I know I have a long way to go. That is my commitment."