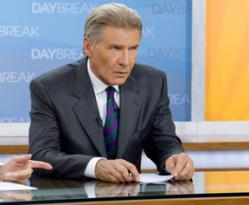 In a new interview with GQ, Harrison Ford is asked about Carrie Fisher spilling the beans on their affair on the set of 1977’s 'Star Wars: Episode IV - A New Hope'.

Fisher, who was 19 at the time, who in her memoir: "I looked over at Harrison. A hero's face—a few strands of hair fell over his noble, slightly furrowed brow. How could you ask such a shining specimen of a man to be satisfied with the likes of me?"

"I was so inexperienced, but I trusted something about him," Fisher added. "He was kind."

The then 33-year-old Ford was married to Mary Marquardt, with whom he had 2 children, at the time.

Asked if he was warned by Fisher in advance, he says: "Um, to a degree. Yes."

"You know, with Carrie's untimely passing, I don't really feel that it's a subject that I want to discuss."

Questioned whether he read Fisher's book, Ford simply says: "No. I didn't."