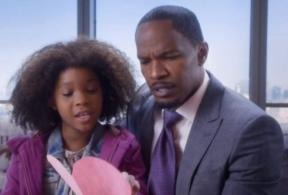 Documents have revealed that hackers had threatened Sony with serious harm three days before its computers were attacked.

"The compensation for it, monetary compensation we want. Pay the damage, or Sony Pictures will be bombarded as a whole."

Following the hack, a message left on some computers referenced the initial message: "We've already warned you, and this is just a beginning."

The hack has wreaked havoc for Sony and resulted in everything from unreleased films leaked to documents detailing social security numbers, budgets and salaries.

Guardians of Peace, which has taken credit for the attack, is taunting authorities saying: "You, SONY, and FBI, cannot find us."

North Korea has officially denied involvement. However, the country is the leading suspect due to warnings over upcoming comedy 'The Interview', starring James Franco and Seth Rogen as reporters sent to North Korea to assassinate leader Kim Jong-Un.