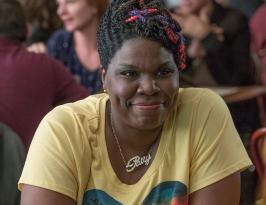 Leslie Jones has once again fallen victim to online abuse -- this time at the hand of hackers.

Jones' official website was hacked on Wednesday night to reveal personal information and explicit photos purportedly of the 'Ghostbusters' star.

Jones' personal website, which contained information such as her past roles, had to be taken offline after it was replaced with private information including her driver's licence, passport details and her personal phone number along with alleged nude photos.

But it didn't end there, the hackers also taunted Jones with racist remarks similar to those she dealt with earlier this year.

Jones has remained quiet on her social media but 'Ghostbusters' director Paul Feig lashed out at the abuse against the actress.

"What's happening to Leslie Jones is an absolute outrage," he wrote. "Alt right, haters, trolls, 'comedians'; whoever the f--k you all are, you're just sad."

Nobody has claimed responsibility for the hacking, although some speculated that Milo Yiannopolis, the right-wing personality who was banned from Twitter after sending racist tweets to Jones, was responsible.

He has denied any involvement and said: "I'm distressed to hear that Leslie Jones has been hacked and naked pictures of her have been posted online. I know we had our differences after my review of Ghostbusters but I wish her all the best at what must be a deeply upsetting time."