Gwen Stefani: 'Nobody Would Believe' What Happened With Ex Husband Rossdale 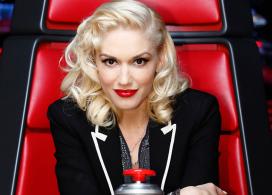 Although she has dropped more than a few hints that ex husband Gavin Rossdale cheated on her with their nanny, Gwen Stefani says nobody really knows the full truth about what happened.

"Nobody except for my parents, the people involved, and whoever they told," she tells Cosmopolitan magazine. "Nobody would believe it if I could really say what happened. I went through months and months of torture."

"All you have to do is listen to every single song I've ever written and it's all there," she says. "It's an ongoing theme that I've had for a long time."

The pair divorced last fall after more than 13 years together.

Rossdale had reportedly been intimate with the family nanny for years. Stefani learned of the affair last February, after accidentally finding texts, seductive messages and nude photos between the two.

They shared three children together, ranging between the ages of 10 and 2.

"We were laughing our heads off when we saw the blind auditions," Stefani admits. "They for sure edited stuff to look like we were flirting."

"They chose to run with that story before anything was even real," she says of producers of the show. "I hardly knew him. But it was like it was in the air 'happening before it happened."