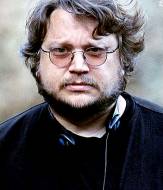 Guillermo del Toro says that production delays have forced him to quit 'The Hobbit'.

The director had been handpicked by Peter Jackson to helm the two-part prequel to the 'Lord of the Rings' trilogy.

"In light of ongoing delays in the setting of a start date for filming The Hobbit, I am faced with the hardest decision of my life," del Toro says in a statement.

"After nearly two years of living, breathing and designing a world as rich as Tolkien's Middle Earth, I must, with great regret, take leave from helming these wonderful pictures," he said, noting the film still hadn't been given the green light by MGM due to its financial troubles.

"There cannot be any start dates until the MGM situation gets resolved," explains del Toro. "They do hold a considerable portion of the rights."

"We have designed all the creatures. We've designed the sets and the wardrobe. We have done animatics and planned battles sequences. We are very, very prepared for when it is finally triggered."

"The blessings have been plenty, but the mounting pressures of conflicting schedules have overwhelmed the time slot originally allocated for the project."

"I wish the production nothing but the very best of luck and I will be first in line to see the finished product. I remain an ally to it and its makers, present and future, and fully support a smooth transition to a new director."

Jackson says while he is disappointed with del Toro's departure, he understands that the Mexican film director can't wait around forever.

"We feel very sad to see Guillermo leave The Hobbit, but he has kept us fully in the loop and we understand how the protracted development time on these two films, due to reasons beyond anyone's control, has compromised his commitment to other long term projects."

"The bottom line is that Guillermo just didn't feel he could commit six years to living in New Zealand, exclusively making these films, when his original commitment was for three years. Guillermo is one of the most remarkable creative spirits I've ever encountered and it has been a complete joy working with him."

Jackson says the hunt for a new director will begin immediately, even if there is no word yet on when shooting will begin.