Gretchen Carlson 'Look At How We React' To Sexual Harassment Allegations 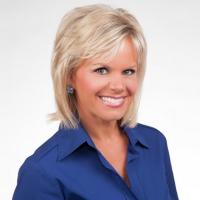 Former Fox News co-anchor Gretchen Carlson is feeling vindicated after her $20 million settlement with the cable news network and the revelations in Megyn Kelly's new book.

Kelly claimed Fox News CEO Roger Ailes tried to kiss her on at least three occasions and threatened her job at the network.

"I don't think we should judge women if they have waited, because look at how we react to women when they finally do come forward," Carlson tells 'Good Morning America'.

"They're accused of making it up. We have to make it a safer environment so that it's no longer 'he said, she said' but maybe just 'she said.'"

Carlson blamed the public for judging women who wait to come forward about sexual harassment. She said she also plans to testify before Congress to help change the law on forced arbitration.