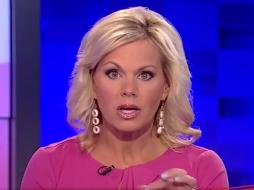 "Within just two weeks of her filing a lawsuit against Roger Ailes, Gretchen Carlson's extraordinary courage has caused a seismic shift in the media world," her team said in a statement.

"We hope that all businesses now understand that women will no longer tolerate sexual harassment and reputable companies will no longer shield those who abuse women."

"We thank all the brave women who spoke out about this issue. We will have more to say in coming days as events unfold."

Ailes reportedly received a $40 million buyout to leave the cable news network. Although he will continue to advise 21st Century Fox.

If a draft circulating is accurate, Fox News also agreed to indemnify Ailes from any claims and foot his legal bills along with damages.

Ailes' exit came following Megyn Kelly's remarks to investigators that she had also been harassed by Ailes in her days as a Washington correspondent.