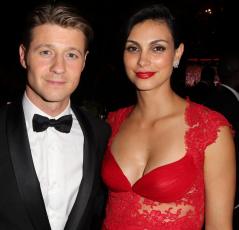 Seven months after getting engaged, Morena Baccarin and Ben McKenzie are married.

The 'Gotham' co-stars reportedly tied the knot on Friday at the Botanical Gardens in Brooklyn, New York in a small ceremony.

The day also marked Baccarin's 38th birthday. The pair had already welcomed their first child in March of last year, months before their engagement.

It's the first marriage for McKenzie and the second for Baccarin, who was previously married to Austin Chick.

In fact, in a legal declaration involving her divorce way back in September 2015, Morena said she planned to marry McKenzie.