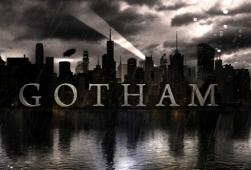 While Fox's much anticipated prequel series 'Gotham' will feature a young Bruce Wayne, producers have confirmed that fans shouldn't be waiting with bated breath to see the caped crusader.

"To me, heroes are more interesting than superheroes," creator Bruno Heller said at Sunday's TCA event when asked if Batman would appear in the series.

"Because the difference is superheroes do the impossible, and drama is really about the physically possible."

"This is about people and people trying to overcome real problems versus trying to learn how to fly."

"If there is a superhero on this show, it's Gotham."

"He's the moral lynchpin of the show," says Heller. "If you look at the mythology, he's the guy that creates Batman or gives Batman permission to exist in that world."

Along with Gordon, 'Gotham' will also feature the origin stories of its famous villains.

"For me, the really interesting parts of this story are the origin stories of all the characters. As soon a you're into capes and costumes, it's less interesting than seeing how these people got there."

"We have villains running around Gotham so it doesn't feel like the entire city sinking into a pit waiting for someone you can't introduce."

"It's how do you deal with crime of this level when there are no superheroes? When ordinary men and women are dealing with the struggle waiting for a savior. It's about men and women and not about superheroes and that's the more interesting story."

'Gotham' is scheduled to premiere on September 22.