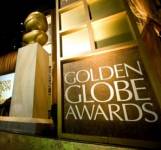 After a federal judge refused to dismiss a lawsuit by organizers of the Golden Globe Awards, the case will head to a trial to decide who will broadcast the night for the rest of the decade.

US District Judge Valerie Baker Fairbank will now decide who owns the broadcast rights during a trial scheduled to begin on September 6.

They maintain the rights to the show were sold for less than they were worth and that the company secretly renegotiated broadcast rights with NBC through 2018 without consulting them, even though they are contracted to only produce the show through 2011.

The judge is expected to review several contracts between the HFPA and DCP to make a ruling on who owns the rights.

"Now that their attempt to evade responsibility for their bad-faith conduct has been rejected, we look forward to presenting our evidence at trial - and to establishing once and for all that no sale of any rights connected to the Globes is possible without the HFPA's participation and consent," says an HFPA spokesperson.