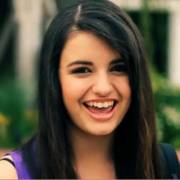 New York Magazine reports that Rebecca Black's 'Friday' will appear in an upcoming episode of 'Glee'.

According to the magazine, the song will appear in an episode that centers around the prom and will be sung by Kevin McHale, Chord Overstreet, and Mark Salling.

Rebecca Black's song, which went viral thanks to lyrics like "Tomorrow is Saturday, and Sunday comes afterwards," recently passed the 100 million views mark on YouTube.

If the rumor turns out to be true, this new injection of buzz from the Fox TV show should keep the song in the zeitgeist for a while more.

Meanwhile, check out another interpretation of 'Friday' -- that almost makes it tolerable: