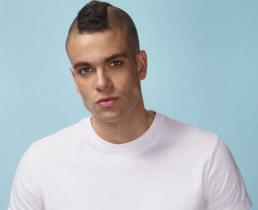 Mark Salling has died in an apparent suicide weeks before his sentencing for possession of child pornography. He was 35.

"I can confirm that Mark Salling passed away early this morning," the former 'Glee' star's lawyer said in a statement.

"Mark was a gentle and loving person, a person of great creativity, who was doing his best to atone for some serious mistakes and errors of judgment. He is survived by his mother and father, and his brother. The Salling family appreciates the support they have been receiving and asks for their privacy to be respected."

Salling was found hanging from a tree in the area of the Los Angeles River in Sunland. He was pronounced dead at the scene at 9 AM on Tuesday morning.

The 'Glee' star pled guilty to possession of child pornography in October. He was due to be sentenced and expected to serve four to seven years in prison.