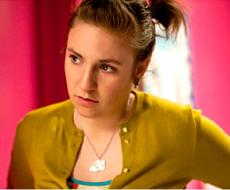 Lena Dunham has been hospitalized and will undergo surgery after experiencing an ovarian cyst rupture.

The 29-year-old creator and star of HBO's 'Girls' has endometriosis, a painful disease that occurs when tissue that normally grows inside the uterus grows outside of it. It can be life-threatening if left untreated.

"Lena Dunham has been very public with her personal bouts with endometriosis. This morning, she suffered from an ovarian cyst rupture and has been taken to the hospital," her publicist says in a statement.

"Lena will be undergoing surgery at an undisclosed hospital. We thank you for your understanding and hope that Lena's privacy will be respected."

The hospitalization comes a month after Dunham took a break from press commitments due to endometriosis.

"So many women with this disease literally don't have the option of time off and I won't take it for granted," she said at the time.