'Ghostbusters' Movie Trailer The Most Disliked in YouTube History 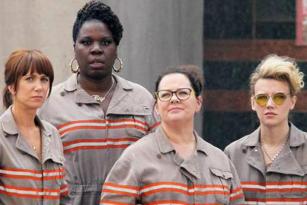 Paul Feig's upcoming all-female reboot of 'Ghostbusters' is the most disliked movie trailer in YouTube history.

The trailer which debuted on March 3 has been viewed nearly 30 million times and disliked over 612,000 times as of this morning.

That makes it the most disliked movie trailer and 18th most disliked video on YouTube ever. That's three times more dislikes than the likes it has amassed.

The trailer has been met with mixed reactions since its debut.

"I felt physical pain when I watched this trailer. Can I sue Sony for "Assault in 2nd degree"?," wondered one 'Ghostbusters' fan.

But fans aren't only upset about how the movie portrays its heroes or the ghosts, they're upset the trailer proves Sony doesn't get the sci-fi comedy franchise.

To compare, a tighter fan edit of exactly the same footage has been liked 20,000 times and only disliked 1,000 times after 1 million views.