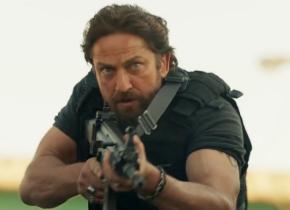 A new trailer for 'Den of Thieves' has been released.

The film features Gerard Butler as the leader of an elite unit of cops from the Los Angeles County Sheriff's Department who are pitted against the state's most successful bank robbery crew.

This as the outlaws plan a seemingly impossible heist on the Federal Reserve Bank of downtown Los Angeles, a bank than has never been robbed.